Algal Bloom in Florida and the Role of Nitrates

Florida has been subject to a host of toxic algal blooms at Lake Okeechobee and spreading along the coast. Besides being unsightly, they have serious consequences for the environment and the local population. Algal bloom is defined as the excess growth of algae in water. It can be caused by a combination of certain factors including sunlight, slow-moving water and excess nutrients like nitrogen and phosphorus, also referred to as nutrient pollution.

Algal bloom has a myriad of detrimental effects on the local environment, the well-being of animals and people, and tourism. There are different types of algal blooms, some of which release toxins into the water that can kill aquatic life and make it unsafe for humans to be in or near the affected area. Nutrient pollution is another serious associated problem, where dying algae consumes oxygen in the water leaving dead zones where the oxygen levels are too low for aquatic animals to survive. Bradenton Beach in Florida has seen a large number of washed up dead fish and other marine life as a result of the ongoing algal bloom.

The appearance and associated unpleasant smells paired with the potential health risks mean that bodies of water that would have been teeming with people are now empty. These extensive and long-lasting algal blooms pose a threat to Florida’s tourism industry and to the lives of local residents.

There are several possible sources of excess nitrogen and nutrient pollution, an example of which is from the use of ammonia-based fertilizers, which is converted into nitrate in soil as part of the nitrogen cycle. The soil runoff can then leach into nearby waterways, consequently elevating the water nitrate concentration. 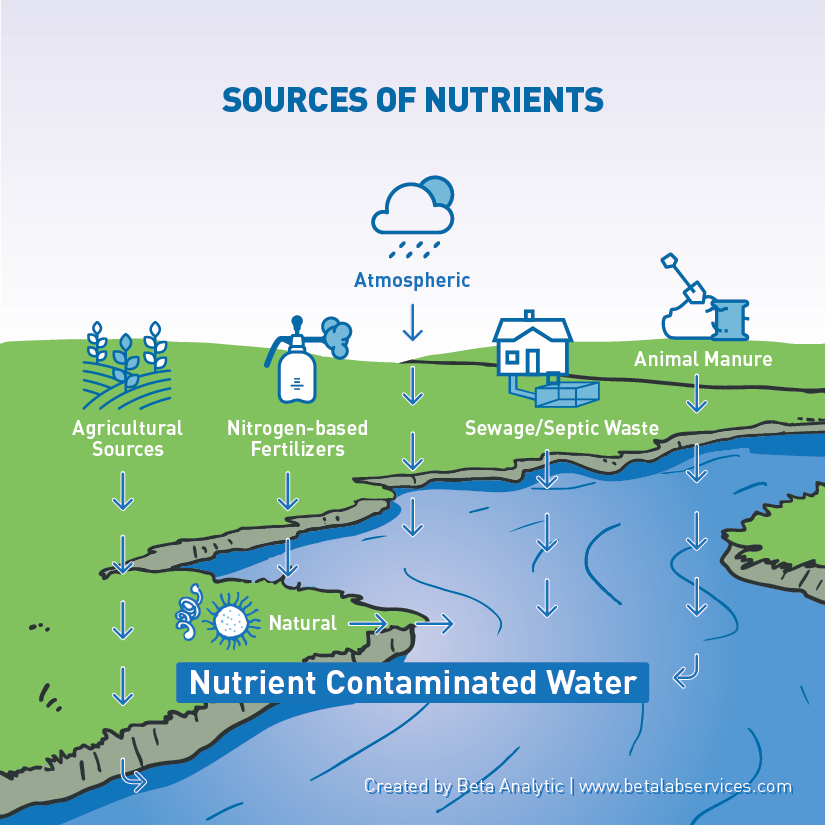 Measuring the δ18O and δ15N of nitrate in water is a tool the researchers can use to help identify where the nitrate is originating from as these isotopic ratios will vary depending on the source, such as septic waste or animal manure. It can be used for managing and mitigating nitrate pollution.

This entry was posted on Friday, September 14th, 2018 and is filed under Nitrate Test, Source Tracking in water .