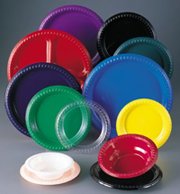 CEN/TS 16295 was developed by the European Committee for Standardization (CEN), specifically the Technical Committee CEN/TC 249 “Plastics.” This technical specification (CEN/TS) provides requirements for the declaration, including statements and labels, of the biobased carbon content of polymers, plastic materials, semi-finished plastic products, and finished plastic products, including composites.

According to this technical specification, the biobased carbon content of a polymer or plastic material shall be determined according to CEN/TS 16137:2011 provided that the minimum total organic carbon content is 5%. CEN/TS 16137 is the equivalent of ASTM D6866. Both are based on radiocarbon analysis.

Note: A Technical Specification (TS) is a pre-standard that contains technical requirements. Although it is produced and approved by a CEN Technical Committee, it doesn’t have the status of a European Standard (EN). A TS may be adopted as a national standard. Its maximum lifetime though is only between two to three years. A TS can be converted into an EN standard if it will go through a CEN Enquiry and a Formal Vote.

Based in Miami, Florida, Beta Analytic accepts samples throughout Europe via its forwarding office in London, UK. To confirm the validity of a Beta Analytic report, check the certificate ID and biobased percentage in the lab’s report validation checker.

The company is not affiliated with the CEN or the CEN Technical Committee 249.