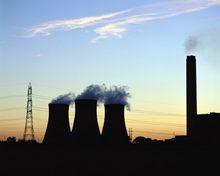 The UK’s Office of Gas and Electricity Markets (OFGEM) will allow electricity generators using waste-derived fuels to use the Carbon-14 technique to determine the renewable energy content of the fuel. Under this method, post-combustion flue gases will be analyzed for their carbon-14 content and not the solid waste feedstock.

Independent reports commissioned by OFGEM and the Renewable Energy Association (REA) have acknowledged the carbon-14 technique to be an accurate method for the determination of biomass content of flue gases. Data from the carbon-14 test is then used to compute for the renewable energy content of the waste-derived fuels like municipal solid waste.

According to Mr. Richard Bellingham, OFGEM’s Manager for Renewables: Biomass, Waste and Co-firing, OFGEM is prepared to consider fuel measurement and sampling procedures that propose to use the Carbon-14 technique on a case to case basis. OFGEM will require the following information from electricity generators that will use the technique: (1) procedure for sampling flue gases, (2) technique for determining the carbon-14 to carbon-12 ratio in samples of flue gas, and (3) carbon ratio to energy calculations.

In the announcement dated July 8, 2011, OFGEM stressed that generators are not obligated to use the Carbon-14 technique.

OFGEM regulates the gas and electricity markets in the UK and takes charge of the Renewable Obligation Certificate (ROC) Program. A ROC is a green certificate issued for eligible renewable electricity generated within the UK and supplied to customers in the UK by a licensed supplier. Generally, one ROC is issued for each megawatt hour (MWh) of eligible renewable output generated. ROCs can also be claimed against the percentage of the electricity generated from the biomass portion of the waste feedstock.

The UK’s National Non-Food Crops Centre (NNFCC) for biorenewable energy, fuels, and materials supports OFGEM’s decision to approve the Carbon-14 technique. Dr. Matthew Aylott of the NNFCC describes the carbon-14 technique as an easy and accurate tool to differentiate between carbon dioxide emissions from fossil and renewable fuels.

In the same conference, Beta Analytic Deputy Manager for European Operations Mr. Alexander Shroff talked about Carbon-14 and how it is measured.

This entry was posted on Tuesday, July 19th, 2011 and is filed under Renewable Carbon .