Refuse-derived Fuels: From Waste to Energy 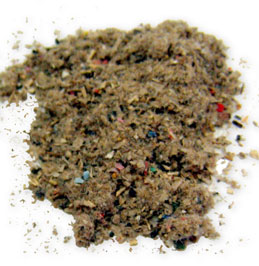 Refuse-derived fuels (RDF) are produced from municipal solid waste (MSW) that has been shredded then subsequently treated with pressurized steam in autoclaves. Also called solid recovered fuels (SRF), RDFs are mainly composed of the organic portions of MSW like paper, cardboard, textiles, and wood. A significant portion of SRFs and RDFs, however, includes mixed plastics. SRFs and RDFs can be derived from household, commercial, or industrial wastes and other combustible waste streams.

According to the European Commission: “SRFs may be composed of a variety of materials of which some, although recyclable, may have been made available in such a form that recycling is not environmentally sound. On the one hand materials collected and/or sorted and prepared into a recyclable form should not be considered as SRFs. On the other hand recyclable materials should not be excluded from SRFs because such an exclusion could lead to disposal of these materials and wastage of the resources embedded in them.”

Conversion of waste into refuse-derived fuels or solid recovered fuels serves two purposes – it reduces the volume of waste sent to landfills thereby solving problems in the waste sector, and it provides alternative fuels for energy-intensive industries. RDFs are used for energy recovery in cement kilns, power stations, and industrial boilers as substitute to fossil fuels. To meet the strict standards of the Waste Incineration Directive, cement kilns in Europe use RDF.

RDFs and SRFs have proven to be effective substitutes to fossil fuels because they have low production costs but have significant thermal value. European countries that produce and use SRF include Austria, Italy, Germany, Greece, the Netherlands, UK, and the Scandinavian countries. In Japan, Refuse Plastic & Paper Fuel (RPF) is more widely used. RPF is made of non-reclaimable used paper and plastic waste excluding PVC (Polyvinyl chloride) and PVDC (Polyvinylidene chloride).

EN 15440 is similar to the ASTM D6866 standard in the U.S. Both standards use the radiocarbon dating technique to distinguish the biogenic fractions of samples from their fossil-based components.

For details on how radiocarbon dating can distinguish biogenic components from fossil-based ones, read more about ASTM D6866.

Greenhouse gas protocols in Europe have cap carbon dioxide emissions in certain industries. Companies can obtain carbon credits if they do not exceed their annual CO2 emission limits. These carbon credits have monetary value and are tradable under the European Union Emissions Trading Scheme. The UK also has a Renewable Obligation Certificate program that incentivizes renewable energy generation by companies.

Companies that use RDF must prove that a certain fraction of the fuel is biogenic. It is important for these companies to know the biogenic fraction of their fuels because biogenic CO2 is deductible from their greenhouse gas inventories.

Are RDFs and SRFs the Same?

The terms RDF and SRF are often used interchangeably, but they are not exactly the same. According to the UK Department for Environment, Food and Rural Affairs (DEFRA), SRF is a refined form of RDF intended for use in energy recovery facilities and meets the standard set in CEN/TS 15359 – technical specifications for the production and trade of SRF.

CEN 15359 prescribes a specification template and classification system wherein the economical parameter is the net calorific value (NCV), the technical parameter is chlorine content, and the environmental parameter is mercury content. The standard is set for completion in 2010.

Based in Miami, Florida, Beta Analytic Inc. provides EN 15440 testing to companies in Europe that need to quantify the biogenic carbon fraction of their solid recovered fuels. Beta recommends submission of non-hazardous solid fuel samples for EN 15440 testing to their office in London, UK, as it is cheaper and the samples reach the Miami lab faster through this service.

Companies outside Europe requesting for ASTM D6866 or EN 15440 testing should send their samples to the lab’s headquarters in Miami.