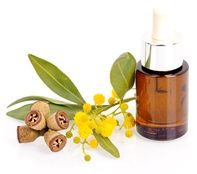 While there are several methods that can detect if a product contains adulterants from other natural sources, only Carbon-14 analysis can confirm if a material has synthetic, petroleum-sourced adulterants. Thus, to ensure that an ingredient doesn’t have both natural and petrochemical-derived adulterants, Carbon-14 analysis is a necessary tool for quality control.

GC-MS uses two different testing methods, namely gas chromatography and mass spectrometry. Gas chromatography can separate complex volatile mixtures into its various components. By sending the components through a mass spectrometer, the compounds are ionized and broken into smaller fragments which the spectrometer will record the masses and relative amounts of. By comparing the resulting spectrum with a reference database, the composition and authenticity of a sample can be assessed. As a sensitive technique, GC-MS is popular for the testing of many products, including essential oils and fragrances.

Chirality is a property of some molecules that relates to their 3D orientation in space. Chiral molecules (with one chiral center) exist in two configurations that are non-superimposable mirror images of each other, comparable to a left and right hand – they have the same components (or fingers) but cannot be superimposed.

Elements can exist in different isotopes – having the same number of protons but a different number of neutrons and consequently a different atomic mass. For example, the most naturally abundant isotope of carbon is carbon-12, containing 6 protons and 6 neutrons. However, carbon-13, with 6 protons and 7 neutrons, also exists though at a lower abundance. Measuring the ratio between different isotopes of a particular element can often reveal a lot about the source of the sample and is used widely from the authentication of honey to identifying sources of nitrate pollution.

Isotope ratios can be measured using an Isotope Ratio Mass Spectrometer which ionizes samples and sends them through a magnetic field. Molecules are deflected differently depending on their mass and are then picked up by a detector. By comparing with an authentic value for the sample, various isotope ratios can reveal the presence of any foreign materials that would skew the ratio.

One of the methods of adulteration of natural products (of plant or animal origin) is using the often cheaper petrochemical-derived synthetic version. This may be identical in chemical composition to the natural source but adulteration can be detected using carbon-14 analysis. A weakly radioactive carbon isotope, carbon-14 decays over time according to the law of radioactive decay. As part of the carbon cycle, all living things have a known level of carbon-14, whereas petrochemical-derived compounds have been out of the carbon cycle for a sufficiently long time that they do not contain any carbon-14. Thus, by measuring the carbon-14 content of a product, its petrochemical-derived sources can be distinguished from plant or animal sources. Carbon-14 testing, however, cannot distinguish between different natural sources, for example between plant and animal-sourced material.

Carbon-14 is measured using an Accelerator Mass Spectrometer which works on similar principles to a standard mass spectrometer described above. The key difference is that it accelerates the ions to a much higher speed before they reach the detector and this allows the detection of very low abundance isotopes, for example separating and detecting carbon-14 relative to carbon-12 and carbon-13.

Disclaimer: This video is hosted in a third-party site and may contain advertising.
Excerpt from Beta Analytic’s presentation during the webinar “Stewarding Responsible Growth by Protecting the Integrity of the Curcumin Category”

The testing methods available today offer a great arsenal for those in the natural product industry to ensure the authenticity of their materials. This is of course not a fail-safe guarantee. By employing several testing methods that detect different issues, quality control is enhanced.