Mr. Liu was one of the speakers on Day 2 of the symposium. He talked about ASTM D6866 testing and the ecolabeling programs that require or recommend the test. Several plastics manufacturers have expressed interest in testing. As with his efforts in other previous conferences, Mr. Liu has successfully promoted not only Beta Analytic’s services but also biobased content testing. The Application of Biodegradable Plastics symposium was held on May 15-16, 2011.

This year’s conference had 2,200 exhibitors and more than 80,000 visitors from 35 countries around the world. Event organizers hoped to continue their mission to showcase the most innovative and advanced plastics and rubber machinery and raw materials. Other concurrent events at Chinaplas 2011 included the Eco-friendly Plastics Conference. Mr. Liu joined the conference, which tackled Bioplastics and Degradable Plastics, Recycling and Energy-saving issues. Chinaplas 2011 started on May 17 and ended on May 20. 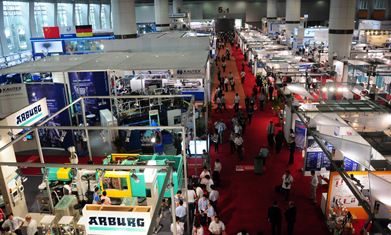 Based in Miami, Florida, ISO/IEC 17025:2017-accredited Beta Analytic has promoted ASTM D6866 biobased content analysis in various conferences around the world. The company supports the biobased industry by providing high-quality services with results routinely available in 7 business days or less. A priority service is available for results required in 4 business days or less.

This entry was posted on Friday, May 20th, 2011 and is filed under Beta Analytic Updates, Biobased Products .