Here are some definitions to clarify the concepts: 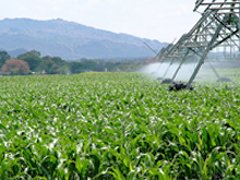 BIOBASED PRODUCT – Any product that contains some amount of biobased material within it is technically a biobased product. The term is typically applied only to materials containing carbon.

PERCENT BIOBASED CARBON CONTENT – This is a measure of the amount of biomass-derived carbon in a product as compared to its total organic carbon content (Biobased carbon to TOC)​ per ASTM D6866. Other analytical standard methods such as EN 16640 and ISO 16620-2 allow biobased results to be reported as a fraction of total carbon (TC). Both have become acceptable ways of measuring biobased carbon content.

The purpose of a biobased content measurement is to determine how much of the carbon within a biobased product is derived from biomass. The value represents a measure of how much biobased material a company is using to manufacture its products relative to the more readily available and less expensive petroleum-based alternatives.