COVID-19 Notice: WE ARE OPEN AND OPERATING NORMALLY
Beta Analytic, as a laboratory, is considered an essential business under Florida's statewide Stay-at-Home Order. Taking the necessary measures to maintain employees' safety, we continue to operate and accept samples for analysis. Shipping from Europe - Please contact us before sending your samples to a forwarding office.

Launched in February 2007, the Western Climate Initiative is a long-term commitment by seven states in the U.S. and four Canadian provinces to reduce greenhouse gas levels in the region to 15% below 2005 levels by 2020. The original WCI partners were Arizona, British Columbia, California, Manitoba, Montana, New Mexico, Ontario, Oregon, Quebec, Utah and Washington. In November 2011, six US states withdrew from the WCI (Arizona, Montana, New Mexico, Oregon, Utah and Washington). In May 2018, Nova Scotia joined the WCI. In July 2018, Ontario revoked the cap and trade regulation and prohibited all trading of emission allowances, leaving the WCI with only three members – California, Nova Scotia and Quebec. 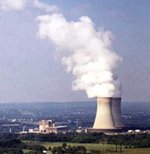 According to the WCI Essential Requirements for Mandatory Reporting, general stationary combustion units using mixed fuels and waste-derived fuels should determine the biogenic percentage of their carbon dioxide emissions at least every three months using ASTM D6866. Waste-derived fuels can be fuels made from fossil sources or a mix of fossil and biomass inputs, e.g. municipal solid waste, used tires, dried sewage sludge, and sawdust impregnated with chemicals from fossil sources.

ASTM D6866 testing, however, is not required for general stationary combustion units using (a) fuels with less than 5 percent biomass by weight, or (b) waste-derived fuels that are less than 30 percent by weight of total fuels combusted in a reporting year. Emissions collection should be done as described in ASTM D7459.

WCI jurisdictions are expected to implement these mandatory reporting requirements in time for the 2010 reporting year. More details can be found in the news article, WCI Recommends ASTM D6866 Testing for Mixed Fuels Emissions.

Source: WCI Mandatory Reporting, see pages 51 and 52 of the protocol

In an effort to address global climate change brought about by greenhouse gas emissions, the Western Climate Initiative aims to develop and implement a market-based cap-and-trade system like that of the European Union Emission Trading Scheme. The program will cover nearly 90% of the region’s emissions from multiple sectors and will not only reduce greenhouse gas pollution but will also usher a low-carbon, clean energy economy and spur the growth of the green technology sector. The program will also reduce the region’s dependence on imported fuels.

Although companies and entities can purchase allowances at auction, buy and sell them on secondary markets, or bank them for future use, these allowances are not property rights but will only serve as permits authorizing them to emit a specified level of greenhouse gases.

The WCI Partners have agreed to begin reporting emissions in 2011 for gases emitted in 2010. The first phase of the cap-and-trade scheme begins on January 1, 2012, covering emissions from electricity, including imported electricity, industrial combustion at large sources, and industrial process emissions. The second phase begins in 2015 when the program expands to include transportation fuels and residential, commercial, and industrial fuels not otherwise covered in the first phase.

ASTM D6866 in Other Regulations

Located in Miami, Florida, Beta Analytic provides climate change initiatives like the WCI with an accurate tool to measure the fraction of GHG emissions that came from renewable sources. This ISO/IEC 17025:2017-accredited lab is able to determine the biogenic carbon content of the samples by analyzing their carbon-14 content. Materials from renewable sources have a well-characterized level of carbon-14 in them whereas those from fossil sources have no carbon-14 left. This difference enables Beta Analytic to correlate a material’s carbon dating result to its biogenic carbon content.

This website uses cookies to improve your experience while you navigate through the website. Out of these, the cookies that are categorized as necessary are stored on your browser as they are essential for the working of basic functionalities of the website. We also use third-party cookies that help us analyze and understand how you use this website. These cookies will be stored in your browser only with your consent. You also have the option to opt-out of these cookies. But opting out of some of these cookies may affect your browsing experience.
Necessary Always Enabled

Any cookies that may not be particularly necessary for the website to function and is used specifically to collect user personal data via analytics, ads, other embedded contents are termed as non-necessary cookies. It is mandatory to procure user consent prior to running these cookies on your website.