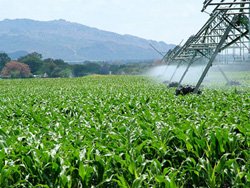 Solid, liquid, or gaseous fuels that are produced from biomass are called biofuels. They are renewable and are good substitutes to fossil fuels. Most biofuels available in the market today are made from plants. They are often used as transportation fuels.

Certain plants are being cultivated specifically for biofuel production. In the U.S., switchgrass, soybeans, and corn are the major sources of biofuel. Brazil uses sugar cane while Europe processes sugar beet and wheat. Other agricultural products being processed into biofuels are cassava and sorghum in China, miscanthus and palm oil in Southeast Asia, and jatropha in India.

Examples of biofuels are biodiesel, bio-alcohols (bio-ethanol, biomethanol, biobutanol), biogas, syngas, and solid biofuels like wood, charcoal, and sawdust. Countries that have strongly promoted biofuel development and use include Brazil, the U.S., France, Sweden, and Germany.

Third generation biofuels are those that are produced from algae. Production of oilgae or algae fuel involves fermentation of the algae carbohydrate.

Second and third generation biofuels are also called advanced biofuels. An example of an advanced fuel that is still under development is the hydrogenation-derived renewable diesel. HDRD is produced from animal fats or vegetable oils that have been refined in oil refineries. This fuel can be blended with petroleum.

Biofuels are good alternatives to fossil fuels because they produce carbon-neutral carbon dioxide when burned. Carbon-neutral CO2 has zero carbon footprint because it has no net effect on the biosphere’s carbon concentration.

Biomass, when combusted, releases carbon dioxide, which in turn is readily absorbed by the plants—the source of biomass. Through this cycle, plants remove carbon from the atmosphere, and carbon is released back to the atmosphere when the plants are burned. This balance makes biomass carbon neutral.

The U.S. Senate passed an energy bill that contains a provision (RFS) that would mandate the use of bio-ethanol in gasoline to 5 billion gallons by the year 2012. The Joint Committee on Taxation has estimated that this provision will cost taxpayers $5 billion over the next ten years. Proper monitoring must be put into place to verify that the spirit of the law (its bio-ethanol mandate) is not flaunted, particularly through the use of imported ethanol.

In the U.S., there are many incentives and laws for the use of biofuels at state and federal levels. The state of Washington alone has 4 incentive programs and 13 laws. B100 and biodiesel blends of B20 or higher qualify for alternative fuel credits under the Energy Policy Act of 1992. Most states offer tax exemptions and deductions for using biofuels.

Other countries, especially in Europe, also offer similar incentives to encourage use of biofuels.