Economically motivated adulteration is a serious problem for many products, including dietary supplements. The association with being natural and having a positive impact on health has led to the increasing popularity of dietary supplements. The responsibility of the safety of these supplements lie primarily with the manufacturer. Both in the United States and European Union, they do not have to be submitted for testing prior to being put on the market. The result is a market that is vulnerable to adulteration. The difficulty with detecting adulteration is that it requires an individualized approach. Depending on the product and each potential adulterant, a different analytical technique may be required. This article will outline different adulteration methods of dietary supplements and how they can be detected. 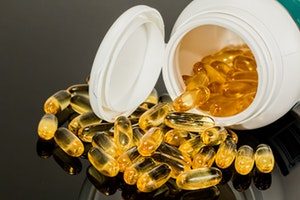 Many natural products face the challenge that the authentic source material may be expensive and difficult to produce. A prime example is turmeric or curcumin, the commonly used major active curcuminoid in turmeric. Studies have shown that curcumin is anti-inflammatory and may assist in the prevention of cardiovascular disease and cancer. These associated health benefits have resulted in curcumin and turmeric becoming increasingly popular.

Petrochemical-derived synthetic curcumin can be produced at a significantly lower cost than the natural plant-based source. It is difficult to identify the synthetic versus the natural version because, for single compounds like curcumin, they are chemically identical and thus cannot be revealed using common analytical methods.

Carbon-14 testing can be used to differentiate between plant or animal-based materials and petroleum-derived ingredients. Carbon-14 is a weakly radioactive isotope of carbon and decays at a known rate. Living organisms constantly exchange carbon as part of the carbon cycle, meaning they have a constant and known level of carbon-14. Once dead, however, this will decrease. As petroleum and its derived materials are sufficiently old that they do not contain any carbon-14, measuring the carbon-14 content can clearly and accurately differentiate between natural and synthetic curcumin.

There can be several reasons why an adulterant is added to a supplement, whether to increase the weight, tamper with the strength or quality, or to falsely make the product appear better. Examples are the synthetic dyes lead chromate and metanil yellow that are sometimes added to turmeric to make it appear as if it has a higher curcumin content.

There is also the potentially dangerous addition of synthetic pharmaceutical drugs as in the case of some weight-loss supplements. This large and lucrative market has resulted to adulteration using drugs that will give results faster and mask any ineffectiveness or slower working of the original product, but without any disclosure that they pose serious health risks. Detection of this type of adulteration has been done using different analytical techniques, including high-performance liquid chromatography (HPLC) and gas chromatography-mass spectrometry (GC-MS).

For products that are expensive to source, there is a financial temptation to simply omit it. While addition can dilute a valuable ingredient and make it last longer in production, omission is the next step. Testing of a variety of herbal products revealed that some did not contain any of the substance it was supposed to. This type of adulteration can be determined through DNA testing.

The adulteration of dietary supplements is a significant concern for both quality and safety purposes. There are many possible ways of adulteration and no single analytical technique that can 100% verify a supplement as authentic and free of any adulterants. To ensure consistent and high-quality products and increase consumer confidence, manufacturers need to employ a robust quality control program.

This entry was posted on Friday, December 21st, 2018 and is filed under Natural Product Testing, Supplement Carbon-14 Testing .