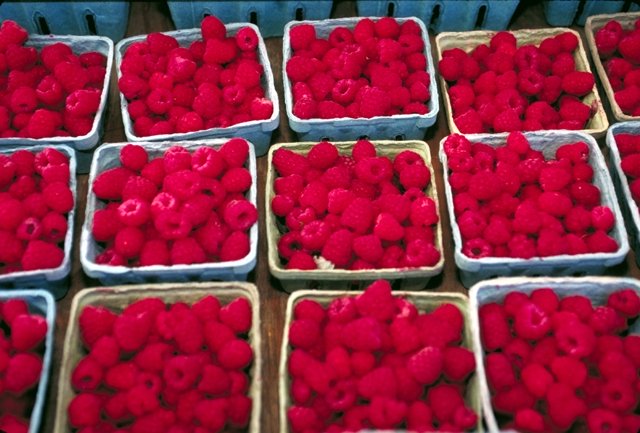 Raspberry ketone has long been used in the flavor and fragrance industry for its characteristic fruity aroma and more recently as a dietary supplement. Its scientific name is 4-(p-hydroxyphenyl)-2-butanone and it can either be extracted from raspberries or synthesized. Natural product analysis based on Carbon-14 testing is a useful tool for verifying whether raspberry ketone has been sourced from plant sources such as raspberries or is synthetic and derived from petroleum.

The amount found naturally in raspberries is very low, so synthetic routes are the more economical route. This incentivizes the substitution of the natural raspberry ketone with the synthetic version. Of the different synthetic routes, a common method uses 4-hydroxybenzaldehyde and acetone, both of which are cheaply produced from petrochemicals.

In the US, raspberry ketones are only approved as a food additive (21 CFR § 172.515). They are also sold as a dietary supplement. However, dietary supplements do not require U.S. Food and Drug Administration (FDA) approval.

There are stricter regulations in the European Union regarding raspberry ketones. They are approved in small amounts as a flavoring [Commission Implementing Regulation (EU) 872/2012, in compliance with EC 1334/2008]. Excluding use as flavoring, it is classified as a Novel Food (EC 258/97), and following a review in 2014 it remains unauthorized for use except for extracts prepared using water or 20% ethanol.

Natural product testing for raspberry ketone using the Carbon-14 method can differentiate between the natural extract from raspberries and the petrochemical-sourced synthetic. Given the low abundance of raspberry-sourced raspberry ketone, being able to authenticate natural source claims is important for manufacturers and suppliers.

Measuring the Carbon-14 will show the biobased content of the material. Living beings like plants have a known Carbon-14 content, whereas petroleum and its derivatives have none. Carbon-14 testing is therefore able to distinguish between biobased and petrochemical-sourced raspberry ketone.

Hoelderich, W.F. and Ritzerfeld, V. (2015) Preparation of a raspberry ketone precursor in the presence of rare earth oxide catalysts. Applied Catalysis A: General 504, 654-663.

U.S. Food and Drug Administration. (2017). What You Need to Know about Dietary Supplements. Available at: https://www.fda.gov/food/buy-store-serve-safe-food/what-you-need-know-about-dietary-supplements (accessed December 2017).